Allow me first to thank the PETER MACKLER AWARD, The Global media Forum, and the American Branch of Reporters without Borders (Reporters Sans Frontières) for honouring me with this Award. An award that I would never have imagined I would receive.

In a very hot day, as usual in Khartoum summer days, I received an email from Camille Mackler from the Peter Mackler Award, telling me that I have been selected to receive the 2013 award. To be honest with you, it was the first time for me to hear of the Award, so it was a double surprise. But my real feeling at that time was more than just a surprise; that there are some people in this world who monitor and commend our efforts, and know something about us. It is that we are not alone.
It is true, ladies and gentlemen that, all too often we, the Sudanese people, have the feeling that we are left alone.

I come from a devastated, war torn country, divided by social, political, and security crises. And sadly none of this is new, for our beloved Sudan has suffered these afflictions since its independence in January 1956, with the continuous failure of the national state.

For years, all these failures and crisis were connected in our minds with North-South divisions, but we discovered after the secession of South  Sudan in 2011, that these divisions were deeper still, that they did not stop at the borders of the South, and instead cut fiercely and tragically across the sundered land.
The civil wars continue… in Darfur, South Kordofan, and Blue Nile, and the cruelties of political and social injustice stalking the rest of the land.

We sometimes look back to our history, to the magnificence of the ancient Nubian Kingdoms and States, Kerma, Meroe and Kush founded by our great ancestors, and ask ourselves: why did they succeeded long time ago, and we live in total failure today? How is that we have failed where once greatness flourished?

I don’t have a concrete answer to this crucial question. But the only thing coming to my mind is that we fail to know ourselves, and to appreciate and invest in our diversity and multi-cultural identities.

Our late great writer and world renowned novelist Altayeb Salih once wrote a very memorable article titled Where do they come from? trying to argue that those people who are governing Sudan today by the politics of division and exclusion, don’t relate to us, they don’t have the same genetics like us. It was an inspiring article which led us to volunteer an answer that they actually came from us, from our faults and mistakes, lack of understanding and lack of will of social and political coexistence and for our inability to accept our diversity.

Our crisis is rooted deep in our history, and though it is true that it was widened and expanded by the current regime. But they cannot bear the blame alone. We failed to preserve and protect a democracy born out of a long struggle and so we lost it again in June 1989 , as we did in 1958 and 1969, and have since that time lived under totalitarian regime that has escalated civil war in Darfur, South Kordofan, and Blue Nile and exacerbated poverty and inequality and injustice throughout the rest of the country.

The Sudanese people are struggling to achieve real change, and they know that they are the only one who can achieve this change, to open doors for social, political reconciliation that could lead to peace, social justice, and democracy. All that our people need from the world is to put an eye on Sudan, and to monitor the situation there.

The media in Sudan faces many problems and challenges; it operates in a difficult and harsh atmosphere. We are among very few countries in the world which still practice pre-printing censorship, and with few exceptions, the Radio and TV stations are under full government ownership and control.

All newspapers are privately owned, but government hands are playing everywhere. Newspapers and journalists face much suppression, all types of harassment, censorship, detention and are all too often banned from writing. Newspapers are regularly confiscated, after printing, closed and licenses withdrawn. All these practices are legalized under the National Security Act of 2010, which gives security organs free hand over the media.

During last September mass demonstrations, around 200 civilians died, hundreds were injured, and over 1200 activists and demonstrators were detained without trial. Due to censorship, these events were portrayed in the media, from the viewpoint of the government only, who did everything they could to underplay the scale of what had happened and the violence that it inflicted. It was thanks to the new media – internet and satellite channels that, the Sudanese people where able to discover the truth.

Together, we have learned and are still learning that the media should continue, in any circumstances, to play its sacred role, serving the right of the public to know. We stand together and fight together, and gain strength from our unity and solidarity.

I came from a very different culture, where we think that we shouldn’t thank people, who deserve thanks and appreciation, in their presence, but in their absence, where words become more strong and trustworthy. But here today I will mix the tradition of the two cultures; so, thank you here, and I will continue to thank you in your absence, when I go back home.

Thank you again to the PETER MACKLER AWARD, The Global media Forum, and the American Branch of the Reporters without Boarders (Reporters Sans Frontiers), for selecting me for this year's Award and special thanks to the Peter Mackler family; Catherine , Camille, and Lauren for their tireless efforts to bring me here, and to Ambassador Princeton Lyman for honouring this ceremony by his presence and speech.

Finally my thanks to my family and friends who gathered here today, my wife Somaya for her loyal backing and continuous support, my relatives and friends for coming from different states to be here.

And, of course, to all of you for reserving some of your valuable time to attend this ceremony. 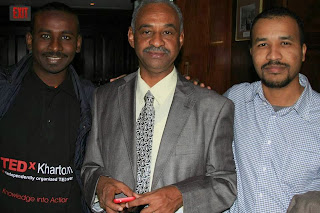 Dr. Faisal in the middle, Tamir on the right, I'm on the left (of your screen) 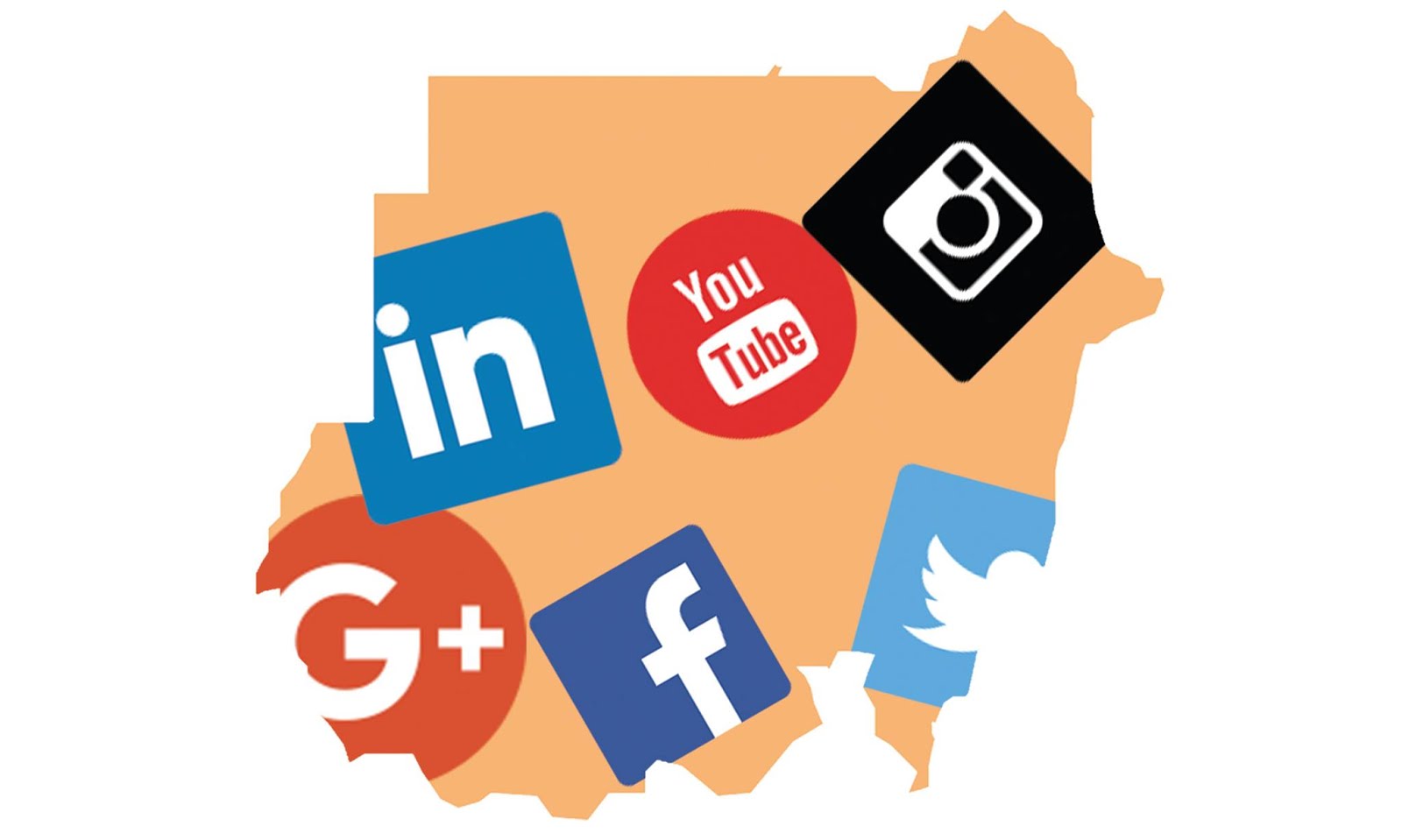